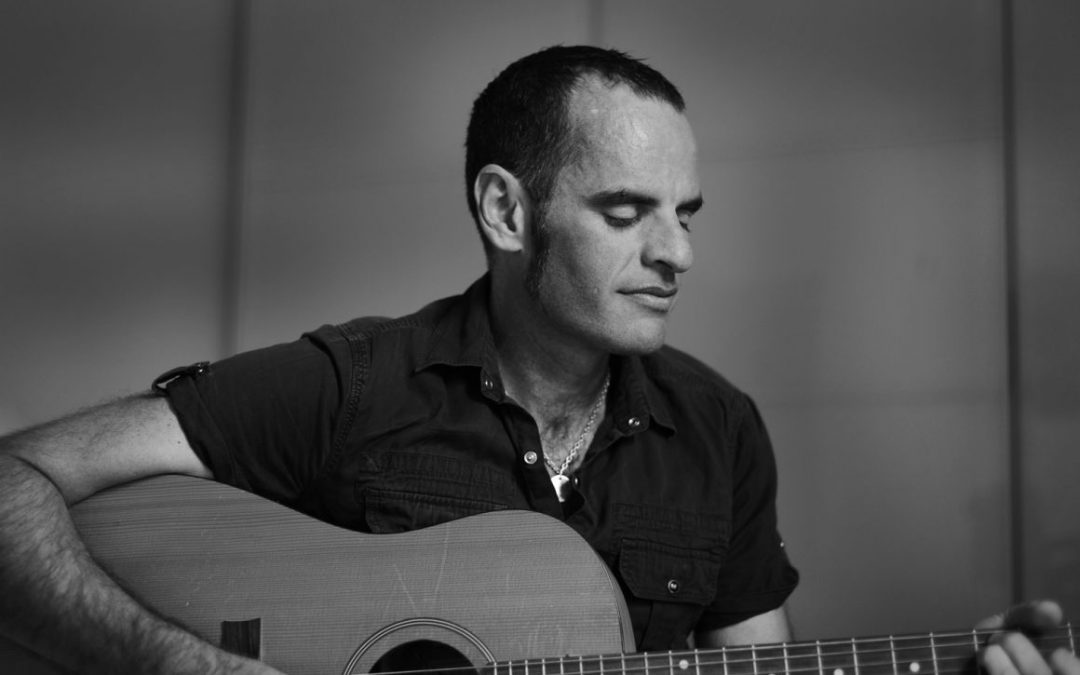 Interview with folk-rock artist Josh Paparo, on the making of his debut record.

I started with the piano at around the age of six and had picked up the guitar around ten. I loved rock music and the heavier side of things too. There was something about the riff that was all engaging for me. As a child of the 80s there was plenty of great examples throughout that decade.

2. What album changed your life?

Appetite For Destruction (Guns N’ Roses) hands down. There was nothing like it. Twelve fantastic songs, raw and emotional. The guitar sound they got was absolutely phenomenal. Perfect. The vocals were from another planet. I remember a drummer friend putting on that record for me when I was 12. From those first delayed notes of Slash’s guitar on Jungle I was hooked forever. In a short space of time, I could play along through the entire record. It was basically my tool for learning the guitar.

3. Where did you record your album and where was it mixed and mastered?

My album is largely an acoustic one and I laid down guitar and vocals at Bemo Studios in Hackney, London. The files then made their way to Four Doors Studios in Melbourne where Simon added a bunch of things to each song depending on what was required – percussion, bass, lead guitar, strings, or backing vocals. The mixing and mastering was also done at Four Doors.

4. What did you learn from the process of recording your album? What did you do well and what would you do differently on your next record?

As I was laying down the acoustic guitar first Simon wisely recommended I use a click track which made adding other instruments much easier later on. Playing percussion for example over a temp-varying guitar is not easy and very time consuming.

I did the nine tracks in just two and a half days of studio time which was three acoustic guitar tracks per song, rhythm and lead electric on several songs, and lead and backing vocals also. It was a hectic schedule so even though I was very well rehearsed it would have been nice to maybe take a bit longer working on the vocals – listening back, trying different ideas and approaches to each song. As it was I just blasted through three takes each and chose the best sounding one.

5. Did you use reference tracks to find the sound you wanted or did you create the sound in the studio as it is?

With my sound and song-writing there were some naturally obvious references I showed to Mathieu the recording engineer. “Natural Beauty” by Neil Young, “Wildflowers” by Tom Petty, and “Into Dust” by Mazzy Star are all great and minimal acoustic guitar songs, the sound of which I wanted to use as a guiding force.

Simon Paparo played a big role on addition instrumentation and backing vocals. For a track like “Jungle Bird” I already had a harmony I wanted him to try but on others like “Miss Electric” and “Golden Wreck” he created his own layers which really compliment the lead vocals and broaden the impact of the tracks massively. This is a big plus of having a professional singer, songwriter, and musician like Simon behind the mixing desk at Four Doors Studios.

As I mentioned the recording was done very quickly so while it was fun to do it was over before long. I really enjoyed the process of Simon adding the extra layers on top of my bare acoustic and electric guitar and vocals – it’s amazing what a shaker and some really simple piano can do to lift a song.

It was probably how important it is to listen to the mixes on different sets of speakers rather than just my AirPods. It’s good to get different perspectives.

There are plenty of great ones but maybe something like “Road To Ensenada” by Lyle Lovett. A simple and familiar guitar chord structure played sparingly and a vocal, almost spoken in places, recorded on a Neumann U67. I can’t fault the production.

My songs all get written pretty quickly and usually come from old memories which for whatever reason have popped into my head that particular day. It’s usually along the lines of isolation or heartache because if I set out to write something happy it always sounds forced or insincere to me.

Thanks. It was one of the simplest songs on the record and took no time to write – was basically an after-thought. It was the last track we recorded and mixed and despite not really expecting much from it was pleasantly surprised once Simon had added the harmony vocals and piano. Music is strange like that.

I’m currently serving my 14 days of quarantine in the Northern Territory on the way home to Fremantle from London. I plan to keep writing and recording as a West Australian going forward and maybe start playing some live shows again too.

Thank’s so much for reading our blog. If you’d like to book a recording session or have your songs mixed and mastered by Simon Paparo please email: simon@fourdoorsstudios.com.au

To learn more about the services offered by Simon Paparo at Four Doors Studios click here.